Mehdi Rajabian: "Music is a crime in Iran."

Mehdi Rajabian is a dedicated musician using his powerful music to be a voice for human rights and freedom. His courageous story will be in my new book, "Dear God: Please bring freedom to Iran."

I remember as a young kid sitting in front of my TV set anxiously waiting for the next episode of the sci-fi classic, “The Outer Limits,” to begin!

Suddenly, the ominous voice of the announcer came on the screen and explained to the audience, “There is nothing wrong with your television set. Do not attempt to adjust the picture. We are controlling transmission….For the next hour, sit quietly, and we will control what you see and hear.”

More than seventy years ago, British novelist, George Orwell, authored a novel entitled, “1984” which since then has become a cult classic in literature. The basic plot of 1984 is about Oceania, a society that is ruled by a dictatorial government that treats individuality and reason as thought crimes. The society is constantly subjected to fear, oppression, surveillance, and mind control. The fearful theme and reminder of the novel to its citizens is, “Big Brother is watching you!”
The novel is hauntingly similar to the situation in Iran. The government has suppressed individuality and every God-given human right. They have especially attacked the arts by suppressing freedom of expression and censoring every style of creativity because it violates the principles of Islamic Law. Music, dancing, filmmaking, is “haram,” forbidden and those who publicly engage in these practices are subject to harsh penalties by the government.

In 2014, a group of young filmmakers assembled together on an apartment roof in Tehran and created a video of themselves dancing to the popular song, “Happy” by Will Pharrell. Within a few hours, the participants were arrested and charged with making an illegal music video with female dancers without wearing proper hijabs. They were forced to confess on Iranian state tv that they were wrong in producing the video because it violated the principles of Islamic law.

Mehdi Rajabian is an accomplished musician who loves playing the Setar. The Setar is an ancient four-stringed Persian musical instrument similar to the acoustic guitar that is played with the index finger of the right hand. At 29 years of age, Mehdi is committed to bringing a message of peace through his musical compositions and was busily involved in a creative musical project entitled, “The history of Iran by Setar.” He was also the founder of the BARG Music record company that supported prohibited singers in Iran, especially female vocalists who are not allowed to perform publicly because of the strict guidelines of Islamic law.

In 2013, Mehdi was arrested for illegally publishing music, offending religious sanctity, and inciting opposition to the Islamic Republic. The police raided his record company, seized his personal possessions and shut down his website taking both him and his brother Hoessein, a filmmaker, into custody for breaching the censorship laws and failing to obtain a government license for their music.

Mehdi spent three grueling months in solitary confinement in Evin Prison, enduring harsh interrogations and inhumane torture. He was placed in the same cell along with Somalian pirates, Japanese and Tanzanian drug dealers, and HIV infected prisoners. During his imprisonment, he began a hunger strike in protest of the charges against him and became critically ill, losing more than 33 pounds and 40% of his vision.  Yet inspite of the hardships, Mehdi made a commitment to the universal language of music and what it meant to him.
“For me, creating a piece of art is more important than any consequences that might follow,” Mehdi declared. 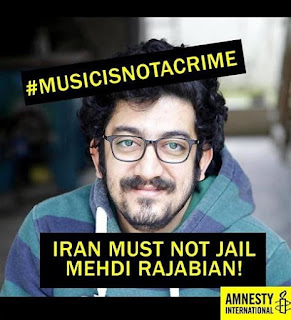 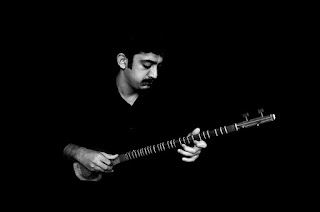 It was while he was in prison, that one of his greatest achievements was conceived, the idea for a collaboration project with a message of hope for the Middle East. After much suffering, Mehdi was released on temporary bail, but in 2014 was summoned back to court to face charges once again and was forced back to prison for two more grueling years until his release in 2017.
Since he has been out on bail, Mehdi has been hard at work producing his dream project that he conceived during his imprisonment. He contacted 12 independent musicians and together they agreed to compose a peace album with a unified message of tolerance and human rights in the Middle East.

The Album is entitled, “Middle East,” and features various songs, one written by an artist during air strikes in Syria. Another one of the musicians composed his song while he was traveling on a refugee boat. Mehdi’s dream is to take the universal language of music and to be a voice for suffering minorities, refugees, and the people of his homeland who are struggling for freedom. He is busy using his temporary bail time to be a strong voice for other musicians who are still suffering in prison.

I can relate to Mehdi’s experience. I too am a musician with a gift from God to play guitar and write songs. While researching this story, I was once again reminded of the precious freedom that I have to play my instrument publicly without fear of censorship and imprisonment. I am truly inspired by Mehdi’s courage to stand up to a dictatorship government and use his God-given talents to speak out against the evil done to humanity in the name of religion and politics. I hope one day to met Mehdi in person. It would be an incredible honor to sit in with him and play a few songs together. I am sure the night air would be filled with the powerful melodies of freedom and human rights.
Posted by Randy L. Noble at 9:54 PM No comments: