Lord, You know the hopes of the helpless.
Surely you will hear their cries and comfort them
You will bring justice to the orphans and the oppressed
so mere people can no longer terrify them
(Psalm 10: Verse 17)

"But that is my right!"
.How many times have you heard that from someone at a protest rally? Or in a heated debate over a controversial subject? Living in a democracy, we have a first amendment right to free speech, to say what's on our mind and voice our opinion. Our founding fathers took careful measures to guarantee this God-given privilege to speak our mind when they drafted the Constitution. Freedom of speech and voicing our opinion is a privilege that we take for granted. In Iran, this special privilege is almost non-existent.
Bahareh Hedayat, a student and women's rights activist was arrested and sentenced to nine years in Evin Prison in Tehran, Iran for speaking her mind and voicing her opinion. She was a leading member of Iran's pro-democracy movement and was active in the one millions signatures campaign for women's equality. She spent three months in solitary confinement suffering under harsh and grueling conditions in the women's ward at Evin Prison. Bahareh is being punished for disagreeing with Government policy and speaking out against the oppression of women in Iran.
This is the harsh reality of living in a non-democratic society where speaking out has severe consequences. Yet The Lord knows and understands the hope of the helpless. Psalm 10 says, He hears their cries and will comfort them and bring justice to the oppressed. I pray daily for my Iranian friends that they will one day have freedom and the priceless privilege that you and me have, the right to freedom of speech. 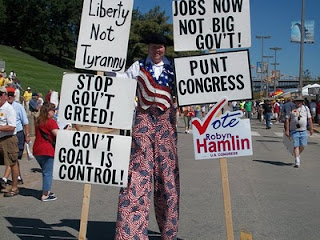 On my facebook page is a special petition that I urge you to sign in behalf of Bahareh Hedayat. Bahareh desires to have the freedom one day to disagree with the government and not have to suffer such harsh consequences. Please take a moment to sign the petition and lift your voice in prayer to our Great God that he will speedily bring justice to Bahareh and all Iranians desiring freedom. They want to one day be able to freely say without fear, "But that is my right!" Let's together pray that will soon happen.
Posted by Randy L. Noble at 2:32 PM 2 comments: