Most of us can remember where we were at and what we were doing when President Kennedy was assassinated or more recently when terrorists crashed commercial airliners into the twin towers on September 11, 2001. Traumatic events are difficult to forget because of the impact they have on our lives.
I remember I was at home from work on June 20, 2009, relaxing in front of the TV when my life was suddenly changed forever. I was horrified as I watched a video of a young beautiful woman lying in the streets of Tehran bleeding to death. She was surrounded by her friends who were desperately trying to save her life. I remember watching with tears in my eyes hoping and praying that somehow she would survive, but sadly she didn't.
The shocking video of Neda Agha-Soltan's senseless murder in the streets of Tehran during the botched presidential election of Ahmadinejad has been seen all over the world. Viewers have been saddened, stunned and outraged that a beautiful young woman's right to protest was met with such intolerance and violence. As I watched the video and later discovered that the government denied any wrongdoing and showed very little sympathy for Neda's family, I knew then that I had to speak out.
The video of Neda's death has been a life transforming event that has resulted in the publication of my new book, "The Rose of Nowruz: dreams of hope and freedom." In the opening pages of "The Rose" Neda Soltan was one of the women freedom fighters of Iran that I dedicated my book to.
For many Iranians and myself included, Neda has become symbol of hope and freedom. The name Neda in Persian literally means, "voice calling." I find this fascinating because I really feel as though she is calling to me to speak out against the many injustices and human rights violations in Iran.
Since the time I first saw this incredible video I have written five books and have developed many wonderful online friendships with Iranians. Just recently I had the privilege of meeting Caspian Makan, the fiance of Neda Soltan. Caspian has dedicated his life to speaking out against the evils of religion and war and human suffering and is the founder of the Campaign for change and the completion of global human right laws located in Toronto, Ontario Canada. I typed a message to Capsian through Facebook expressing my deep sorrow over Neda's death and sent him a copy of my new book.
Tuesday, January 23, 2013 was another very special moment for me. I saw a photograph that I will never forget. It is a beautiful, touching moment with Caspian gazing up at a picture of Neda. In the foreground is a table covered with red and white paper hearts beautifully illuminated by soft burning candles. In the left corner is a picture of The Azadi Towers and just below Neda's picture sets a baby grand piano. In the center of the table is a birthday cake with the number 30 sitting on top. 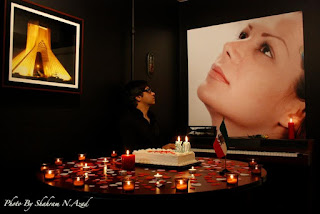 January 23 was Neda's 30th birthday. Tragically her life was violently cut short at the tender age of 26. As I sat and gazed at this beautiful moment, I wept and uttered a prayer for Neda and Caspian.
I remember softly muttering out loud "Happy Birthday, angel of Iran."
Neda was given the title "Iran's angel" because she was an ordinary young woman who cared deeply about her country and was unafraid to let her voice be heard.
I believe it is very important that you and me never forget her death and all that she stood for.
Neda's name means "voice calling." I pray that we will never stop hearing her voice.

Reaching Out While In Chains


"Yet, What we suffer now is nothing compared to the glory He will reveal to us later."
(Romans 8:18)

Sometimes the trials and tribulations that we go through in life result in us becoming self-centered and we spend a lot of time feeling sorry for ourselves. Instead of the trial drawing us to closer to God, in some cases we turn away in bitterness and anger.
This however was not the case in the life of a very courageous Iranian prisoner. Two years ago, Farshid Fathi, a pastor of the house church movement in Iran, was arrested and put in solitary confinement in Evin Prison. His crime? Apostasy and evangelism. Farshid left Islam and became a follower of Jesus Christ. This is illegal in Iran. He was sentenced to six years in prison, leaving behind his wife and children.
The conditions in Evin Prison are both psychologically and physically cruel. There are beatings, tortures and rapes reportedly committed by guards and officials behind these walls. It would be easy for Farshid to give in to his circumstances and spend the time being depressed and bitter over the trial he is enduring. Yet that is not the case.
On December 14, The world was shocked and saddened when a crazed gunman walked into the Sandy Hook Elementary school in Connecticut and senselessly massacred 20 elementary students and 7 adults. The news of this horrible tragedy traveled around the world and reached the ears and eyes of Farshid Fathi. Shaken and saddened by this awful tragedy  Farshid responded with the love and concern of a pastor. He composed a letter to the parents of the Sandy Hook Elementary students expressing his sorrow over their loss.
He began his letter by identifying with their pain saying, "When I imagine how hard your pain is, I forget my sufferings." 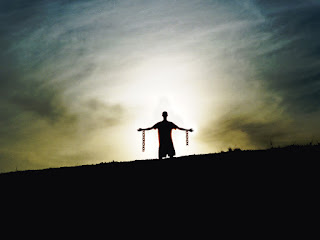 Pastor Fathi reminds me of the great Apostle Paul who spent much of ministry writing letters of encouragement to the church while in prison. Paul exhorted Christians to rejoice in their sufferings instead of being bitter and to trust in the lord.
Expressing his love and sorrow for their pain, Farshid sympathisized in his letter by saying, "I believe we will have enough time in heaven with our lovely children forever. There is no gun there, there is no prison and there is no pain."
Paul encourages us in Romans 8:18 that our present sufferings are so small and trivial compared to the glorious future that awaits us in heaven..
We can learn a valuable lesson from Pastor Fathi. In the midst of our suffering and pain our focus should be on the promise of Scripture and not ourselves. Farshid understood there are other people in the world who are undergoing severe trials that need our prayers and love.
Pastor Fathi reached out in love and prayer while in chains. What will be your response?
Posted by Randy L. Noble at 8:21 AM No comments:

Reflecting the beauty of God

As I begin writing this blog, I feel utterly inadequate to try and capture in words, the beauty and majesty of who God is. All throughout the Bible, God reveals his character and the inspired writers, use terms such as Almighty, Holy, Majestic and many other words to paint a portrait of His character. In Revelation Chapter four, John gets a profound glimpse of the throne of God in heaven.
John describes the One sitting on the throne as "brilliant as gemstones-like jasper and carnelian  And the glow of an emerald circles his throne like a rainbow."
Words are almost inadequate to describe the power, purity and majesty of God. God is indeed awesome and majestic and beautiful in his character.
The Bible teaches we are created in God's image and because of that, we reflect the attributes of his power and purity in our fallen world. Sin has damaged and distorted that image and yet inspite of that reality, human beings still reflect His character in many wonderful ways.
Recently, I encountered a great example of how we reflect the beauty of God. I have two Iranian friends who are both gifted and talented in painting. Yasamin and Roshanak have displayed on their facebook pages, examples of their watercolor paintings. I was so impressed by the detail and beauty of their work, that I asked if could post them on my Facebook page. They excitedly agreed! Many of my friends who saw their paintings on my page were awestruck at the careful detail and beauty of their work. 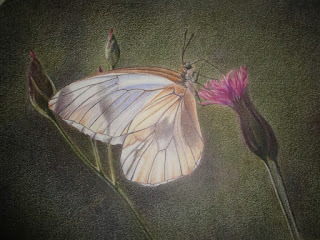 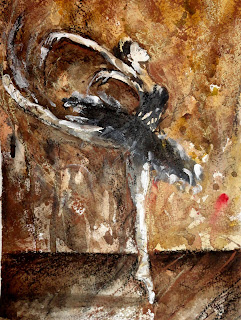 When I write my books, I am careful to be accurate in the way I paint with words. Both Yasamin and Roshanak paint beautifully with their brush strokes and are careful to reflect accurately what they see in their mind's eye.
What I found so amazing about their paintings was the choices they both made. Yasmain and Roshanak live in a culture of fear and oppression. They are surrounded by the "ugliness'' of a government that supressses their freedom. Living in Iran is a day to day struggle and despite the ugliness of life, both of their paintings reflect a beauty that captivates the eyes. They both chose to paint the goodness and beauty of life. Yasamin and Roshanak did not allow the darkness and ugliness of their culture to tarnish their creativity. Instead they painted the beauty of life to remind each one of us that despite our circumstances, the goodness and beauty of God continues to shine and quench the darkness.
My Iranian friends are a great example to you and me. We need to take the gifts and abilities that God has given us and shine them brightly into a darkened world of sin. When we do that we are truly reflecting the beauty of God in an ugly world that is desperate for hope and freedom.
Posted by Randy L. Noble at 1:33 PM No comments: