It is my pleasure to introduce my dear Iranian friend, Mehnoush. Mehnoush escaped from Iran and ended up in Sweden as a refugee awaiting a decision from the immigration board to determine if she will remain there or be deported.
After arriving in Sweden, Mehnoush eagerly converted to Christianity discovering the true God of love and eternal life revealed in Jesus Christ. This is her first blog on my website and I'm very excited to share it with you. Mehnoush is a regular contributor, writing excellent articles about human rights for Iranians.

The fall of the Islamic regime is certain. The way you have already picked will soon drown you in a swamp of collapse. The entire world has turned against you. The international pressure has grown wider; the economic status has become worse, the number of the unemployed has proved to be more and more and more people have been abandoning you; you are about to undergo a fate similar to that of Gaddafi and the like sooner or later. After 38 years, you have not only failed to provide people with enough support and welfare, but you have helped poverty, social class gaps and embezzlement grows. Now, you do not seem to be able to silence people anymore with the power of your poniards and bullets, censorship and prisons; if such suppressions worked, many other previous dictatorships had been survived in history!
Do not treat the Iranian and other nations as stupid people with your false and misleading statistics. You are not allowed to ruin this country anymore. Do not rely on Hezbollah warriors and your Russian and Chinese supporters. This is Iran, not Syria. This is the land of Kaveh the Blacksmith, Achaemenid Cyrus and Darius the Great and the land of a thousand-year history of full-blooded people. You have turned the forests into deserts, the rivers into sheer dry lands and the seas into complete brackish grounds.
Our factories have gone bankrupt and the economy is utterly paralyzed. The rate of suicide has increased and the lack of joy and happiness along with imposing severe restrictions and prohibitions, physical violence against some certain groups of the society, especially women, spiritual, mental and economical harassment, unemployment, poverty, lack of hope to the future, anxiety and stress have all brought about mentionable violence and anger throughout the society. Did you just see how Trump made the nuclear deal - the one you boasted to have achieved proudly- as worthless as possible?! Now is the age of computers and the Internet and the whole world is observing your evil deeds!
You simply eradicated a precious forty years of opportunity and stole the state budget, replaced the right with the wrong, obliged women to accept obligatory hijab, ruined the nation's culture, forced many people to leave and live in stranger lands, shattered a multitude of families, devalued the importance of Iranian passport and currency, executed hundreds of young people in groups, raped virgin girls in prisons, sent the country's young people for nothing to shout about as an acceptable excuse to fight ISIL. But enough is enough! We’re fed up to the teeth! 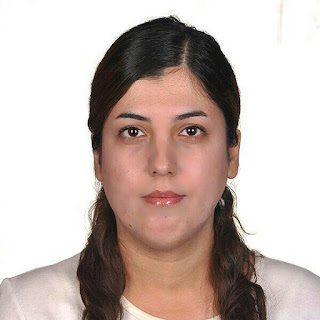 We will not be silent any more until we make sure this evil regime will collapse for certain! And of course we are aware enough not to let any other Islamic government hold the power including People’s Mujahedin of Iran, a treacherous party which agreed to sell the whole and country and its people cheap to murderous Khomeini. Although they still feel ready to reappear and take power, they should bear in mind that today there is no place for any other Islamist traitors any longer. 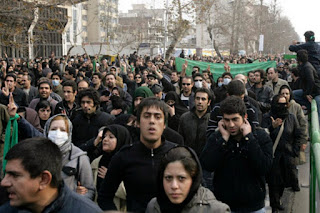 Re-examining our motives for being a voice for the voiceless!

My dear Iranian friend Paymaneh, who is refugee currently residing in Malaysia,  is a writing contributor to my radio program, "The Cross in the Desert: Speaking hope and freedom to Iran." She is currently waiting for a very important interview with the UNHCR to determine her future in a country where she can worship and live in freedom. Paymaneh has written numerous articles that deal with the issue of human rights in Iran. This is her latest installment that challenges those of us who are Christian human rights activist, to re-think the motives for why we are the voice of the voiceless!

Now that the world is sinking deep in much ado, war here and protest there, campaign here and sanction there, terrorist attacks here and negotiations there, many of us are focusing on this issue and that issue. Some of us support this wing and some are advocate of that political group, some criticize this leader and some have been enemies of that group. Some think that a regime must be overthrown and some believe that such and such’s money must be blocked. Some, like the regime in Iran, curse this and that country and in the optimistic way, some pray for a groups success.
The fact is that the current situation has distracted many of us from God. We claim that we are standing for God, we are serving God, we have consecrated ourselves to God, but how true our claim is? Is our supporting a person or a group according to God’s desire? Or for our own selves or our friend’s satisfaction? Are the protests in Iran for God’s will and people’s salvation or just for the nation’s freedom and better life?

You might say’ “humanity matters, human rights matters, liberty and having a good life matters.” Yes, you are right. They all matter but do they bring salvation to those people whose success and liberty we love to see? Do they bring eternal life to them?
We have our options for the regime change in Iran, but will the next person on the power open the doors for the gospel or will them still remain closed tight by another Islamic government? How much will God be pleased by our involvement in their regime change? How much can we prepare the way for the Lord’s second coming? People in Iran will be free again, whether they are supported by the world or not as it is God’s promise in Jeremiah and God never changes His words and promises. But do we have a positive role in fulfilling this promise?

How about our supporting Syrians inside the country and Syrian refugees? Do we pray and try our best for them to be exposed to the gospel and get to know the truth? Or is it for letting them make more mosques in our non-Islamic countries to Islamicize the country?
Are our prayers for women in Saudi Arabia for just their freedom from the tyranny of their Muslim men and religion-based law or are the prayers for their knowing the real source of freedom?
How about our fame? Are we making new video series or telegram voice files to support Inqelab Avenue girls or are they an opportunity for ourselves to be known by the world?
Many of us easily put God’s name on our activities and claim that we are walking with God in our political stands, But we need to remember that Jesus was killed in the name of God by those who believed in God and claimed that they had faith in God. They crucified Jesus to serve God, they thought. When Jesus prayed for the murderers and mockers, He said, “Father! Forgive then. They don’t know what they are doing.” Are we sure that we know what we are doing? Are we sure that we are not offending God with our activities and are not hindering His work?
Many of political leaders are enjoying their freedom and safety abroad and encouraging people imprisoned inside their countries to fight, to break things, to destroy certain buildings, to burn banks, even to self-immolate (believe me) and promise that they would be their voice from outside the country. Would they do the same if they were inside the country? Would they give their loved ones the advice? Consciously or unconsciously we might help their voice be heard. They might get happy and be thankful, but will God be pleased too? 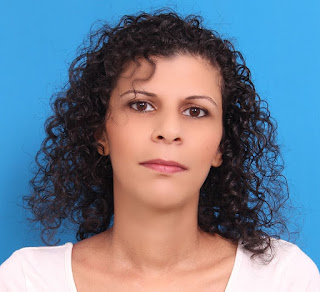 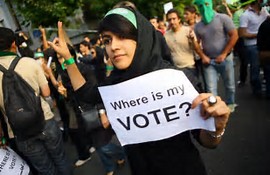 Our roles in the issue in the world, especially Middle East might be very important, we might be a TV star with thousands of fans who can burn every corner of the corner saying yes to our advice or might be a Hollywood star getting thousands of likes under our posts supporting Hillary in the US, or a free journalist whom majority of women support in Facebook because or supporting women. But how much will God say yes to us, hits a like button under our actions and intentions and support us? I don’t intend to advise or criticize anybody as I am not the right person for that. It was just what God instilled into me during long hours of prayers and I felt I need to share them with you. I felt Maybe it’s time to think and re-think a little bit differently (not to be left behind by….).
Posted by Randy L. Noble at 7:31 PM No comments: