Christianity is a love relationship with God

This short little affirmation tucked into the 16th verse of John's first epistle sums ups the nature of God. God is loving, compassionate, merciful and forgiving. The God of the Bible pursues us with his irresistible love. The length, width, height and depth of His love cannot be measured. It is unfathomable! Scriptures declares that, "God demonstrated his love toward us in that while we were yet sinners, Christ died for us," (Romans 5:8)  God put His love on display two thousand years ago. His love was not mere words or sentimental feelings, but an open display on a wooden cross where He gave his life so that we might live. 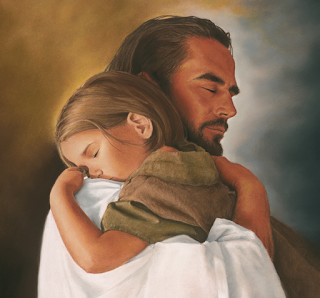 The Bible is filled with pictures of God's irresistible love. The tender care of a shepherd for his sheep. And when he loses one, He searches everywhere until He finds the lost sheep and then rejoices. The picture of a Merciful father who pursues his wayward prodigal son and when he finally finds him, he runs to him and throws his arms of love around him in forgiveness.
These are pictures and illustrations wonderfully painted in the teachings of Scripture. Jesus, the master storyteller loved to paint pictures of God's love in his teachings. He was grieved by the heavy burdens of the law put on the Jewish people by the religious scribes and pharisees. They painted the picture of a stern and demanding God expecting his people to live up to an endless list of standards. Instead of putting more religious demands on people, Jesus held out his arms of compassion, inviting sinners to himself, saying, "Come to me, you who are weary and heavy laden and I will give you rest." (Matthew 11:28)
Are your resting and trusting in the perfect righteousness of God as a gift or are you trapped on a performance treadmill trying to earn the love and grace of God? On the Day of Judgment God will not ask you how many times that you prayed or fasted. Instead he will ask, what did you do with My Son?
Christianity is a love relationship with God. It is based on an invitation to rest in the love and forgiveness of Jesus.Religion or relationship. Which will you choose?