No Compulsion of religion

"There shall be no compulsion of Religion"
(The Quran: Surah 2:256)

Pastor Yousef is on death row in Iran for converting from Islam to Christianity. The remarkable irony of his sentence completely contradicts the teaching of the Quran. The Quran explicity states that "there shall be no compulsion of religion."
How can this be? How can the government of Iran hold to the teachings of the Quran and at the same time sentence a Christian pastor to death, when their own holy book says that religion cannot be forced on anyone?
There is a serious contradiction here.
Pastor Yousef has been in prison for over a year and has suffered both physical and psychological torture. He has endured grueling interrogations and tactics in an attempt to make him recant his faith.
Yet the Quran declares that there is no compulsion of religion.
The government has arrested thousands of protesters since the 2009 bloody election and will not allow them to disagree, speak out or assemble a rally. There is no freedom of conscience, assembly, speech or religion in a country that claims the authority of the Quran.
Yet in the Bible, we are given a choice!  Jesus says in Revelation 3:20, "Behold. I stand at the door and knock. If anyone hears my voice and opens the door, I will come in to him and eat with him and he with me."
This is clearly an invitation in contrast to the harsh tactics employed by the Iranian government to recant one's faith.
God invites you and me to have a love/relationship with him. We have a choice that is not coerced. We are invited to come freely on our own without being forced against our wills.
Pastor Yousef should be given the same opportunity and not be punished to death for his choice. 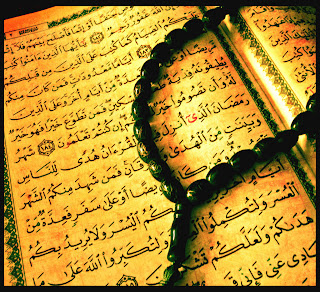 I agree with the Quran. "There is no compulsion in Religion." Let's Pray that God opens the eyes of the government leaders to believe their own book.
Posted by Randy L. Noble at 9:53 PM 1 comment: