A Day in the Life of an Iranian Woman: In her own Words

I remember as a young teenager watching the movie, "The diary of Anne Frank." I was fascinated and intrigued by the courage of this Jewish family, struggling to survive in the Nazi-occupied Netherlands. Eventually they had to go into hiding to avoid being rounded up and shipped away to the death camps. For nearly two years before they were finally caught, Anne faithfully recorded in her diary, the trials, the fears and the emotions of living crammed together in a tiny office space, struggling to survive and holding out hope that one day they could be free again.

I have a precious friend named Atefe who lives under similar circumstances in Tehran, Iran. Like Anne, she faithfully records the experiences of what its like to live under the oppression and fear of an Islamic government. Although Atefe is not forced to go into hiding like the Frank family, yet like Anne, she longs for the day when she can walk the streets of Tehran without fear.
The stories and experiences Atefe shared with me greatly contributed to the writing of my new book, "The Rose of Nowruz: dream of hope and freedom."
Recently I asked Atefe to explain in her own words what it's like to live in Iran so that I could share her story with my customers at my upcoming book signing. I remember opening her email at work and reading it. After I finished, I was almost speechless and in tears. What you are about to read is unedited and exactly the way Atefe wrote it. I will not change anything or try to improve on it. This is a brief description of a day in the life of an Iranian woman: in her own words: 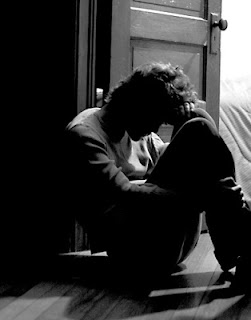 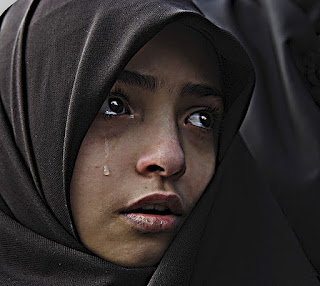 " Imagine a day when you wake you and dress as normal as you always do. You are fresh to start a day but as you reach your university faculty, your phone rings. It's the security guard. They have been watching you talk to your male classmate, so you are called to the discipline committee to prove that you aren't involved with that boy in violation of the Islamic rules. You never can prove that and you get something like a note in your graduation certificate stating that you had an illegitimate relationship with your classmate.

Another day as you enter the faculty, a woman wearing a chador stops you at the door and asks, "What's that make-up your're wearing?" Again..discipline committee.

If you say anything against Islam or any of the political figures, your parents won't see you anymore!

You are graduated and you are working:

8:00 am..You go out of the house and when u reach downtown, The Gasht Ershad (morality police) stops you. Again, the same questions..They take you to a police station. You sit next to men who have been arrested in the street. They take a picture of you while you are holding a paper with your name on it. Exactly like a criminal!!
They treat you like a prostitute, bombarding you with their words and accusations until you burst into tears. Then they call your home and ask your parents to bring a longer manteau,
(Islamic chador) Then you have to sign a commitment paper which says if they see you on the street and they don't like your appearance, you will have to appear in court and the vicious cycle continues for the rest of your life. (They even stop your car to check your appearance)

These are daily routines for Iranian girls here and when you wish to free yourself by migrating somewhere else, the sanctions and poor economical situation won't allow you to pay the primary expenses..
Then you feel there is nothing called "God"..no justice.
Just imagine a hot day in summer when you have to wear a manteau..a scarf..and try to work.
You can't even imagine the way we live here. You can't even imagine..NO, YOU NEVER CAN
"He will rescue the poor when they cry to Him. He will help the oppressed who have no one to defend them.
(Psalm 72:12)