The Power of Persistent Prayer


"So don't you think God will surely give justice to his chosen people
who cry out to him day and night?"
(Jesus, Luke 18:7)

Most of us remember where we were when we first heard the news of the terrorist attacks on the World Trade Center on September 11, 2001. It is a day firmly etched in our minds that we will not soon forget. I will never forget where I was when I heard the incredible news that Pastor Youcef had finally been released from an Iranian prison. I was sitting in the parking lot of a quick trip convenience store sipping on some cool and refreshing iced tea. I literally melted in tears of joy!
For almost three years, Pastor Youcef had been patiently sitting on death row in Iran for converting from Islam to Christianity. I clearly remember immediately getting on my smartphone and going to my Facebook status and typing these words, "Pastor Youcef is free!! God has faithfully answered our prayers!!!" 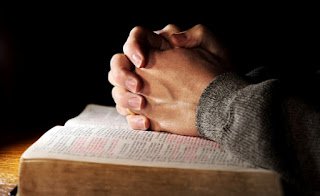 Jay Sekulow of the American Center for Law and Justice worked incredibly hard on Youcef's behalf. For more than two years, he diligently fought on the internet, bringing international awareness to his his plight for freedom. As a result of his efforts, the case for Youcef's freedom was the most tweeted event on Twitter. Millions of people responded by signing petitions and speaking our for his religious freedom. However, in the end, it was the power of persistent prayer that stopped the forces of darkness and finally set Youcef free.
God honors and responds to the prayers of His people. Kingdoms rise and fall, revivals break forth and history is shaped by the persistent, non-stop, day and night intercession of the saints of God.
The Bible admonishes us in James 5:16 that, "the earnest prayer of a righteous person has great power and produces wonderful results" (NLT)
Imagine the power with just one person and yet millions upon millions of people faithfully prayed to God for Pastor Youcef. The result is that the forces of darkness, the strongholds of Satan, crumbled at the light and glory and power that was generated from the prayer of millions.  God used the faithful prayers of His people to shatter the strongholds of Satan. This is absolutely encouraging to me. When I saw the picture of Pastor Youcef standing with his family, I shouted for joy in my car and didn't care who saw me or what people thought.
In The parable of the widow and the unjust judge, Jesus pointed out to his disciples that if an ungodly, unjust judge will give justice to a widow's demands, how much more will God do for his chosen people who cry out to him day and night?"
God hears our desperate cries. He gives justice to his people. Though the answer seems a very long time coming, in the process our faith is being strengthened and our hearts are being shaped and molded. My faith has been strengthened and my life has been changed. What about yours?
Posted by Randy L. Noble at 10:08 AM No comments: