"The Plight of Iranian refugees."


Mehnoush is my dear Iranian refugee friend who currently resides in Sweden, waiting patiently to be interviewed for permanent residency. She is a frequent contributor to my radio program writing powerful stories about the struggle for human rights in Iran.

The formation of the dictator Islamic regime in Iran led to a new wave of Iranian citizens taking refuge in European countries as well as Turkey. The fate of a large number of Iranian immigrants and refugees has been 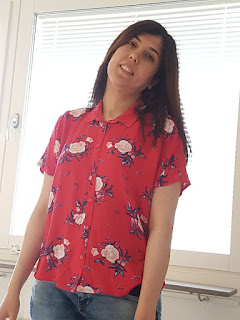 tied to the very Islamic regime. A multitude of immigration and escape from Iran is due to the lack of political, social, religious and economic freedom along with a severe suppression of transgender minority.

Iranian people have a highly rich culture behind them and are nationalist; they honor family values and adore their mother land, but because of all the pressure and suppression imposed by the authorities of the Islamic regime, despite their heartfelt feeling, some of them have been obliged to leave their land and family and take refuge in Turkey and other European countries hoping for a better future with freedom of expression, religion and attitude.

One of the mental pressures of the Islamic regime on Iranian people is to make sure they remain a Muslim. In Islam, the ones who intend to ignore Islam and convert to other religions like Christianity, Bahá'í Faith, etc. are called "atheist" and are often sentenced to harsh punishments like long imprisonment and capital punishment. Unfortunately, the dictator, mullah-based regime in Iran refuses to respect the values of the religious minorities. As such, the number of Iranian people who intend to escape from their country and take refuge in other countries and then convert to another religion has been rising significantly. Almost all the Iranian refugees who have converted to Christianity are the ones who hate Islam and being a Muslim; a remarkable number of them has undergone serious spiritual and mental breakdowns suffering from long-term depression.

Every Sunday, when I go to a magnificent church in Stockholm to say my prayers, I face several Iranian refugees there who tell me about the inner peace and calmness Christianity has bestowed on them; they talk about the peaceful feeling they find in the name of Jesus and are certain enough that they now have a fresh spirit with a life full of hope and passion. They even believe, after their conversion to Christianity, that there is hope for a change in Iran's dark and ambiguous situation.

As Christian people, we feel very fortunate to have been able to choose our own way and due to our sincere faith in Jesus Christ, we currently benefit from a safe and secure life in such a free land like Sweden which is a strong advocate of women and children's rights. Let's hope for the day when all of us, with any kind of political and religious attitude, may live together as happily as possible in our own land ruled by a true democratic government.