The Quest For The Meaning Of Life

Philosophers down through the ages have been on a quest for the meaning of life. From Socrates to Plato and many others, the quest to discover what is ultimate reality has consumed the thinking of man for thousands of years. In all of that time has the search yielded any solid answers?
Almost two thousand years ago, Jesus Christ, on the night before his crucifixion, made a startling claim to His disciples in regard to the quest for the meaning of life.
Jesus declared, "I am the way, the truth and the life."  (John 14:6)
What a bold declaration! Jesus was saying to His disciples, If you want to know the way, I am the way, if you want to know the truth, look at me, and if you are on a quest for the meaning of life, come to me!
I can just imagine the astonishment on the faces of every philosopher if they were listening to Jesus on that fateful night. They would have many questions and would have called Jesus to account for such a bold statement. They may have asked, "How can you say that? What qualifies you, Jesus, to make such a claim?"
That's a fair question. How can Jesus make such a bold statement. Let's look at his record.
During his earthly ministry, Jesus healed the sick and raised the dead. He showed compassion on the hurting and broken and gave hope to those who were despaired of life. Therefore Jesus can make the claim that if you want life, life as it was meant to be, come to me.
Jesus also exposed false prophets and spent much of his time correcting the religious leaders for misrepresenting the Law of God. He never lied. He always spoke the truth. Therefore Jesus can make the claim that if you want to know the truth, come to me.
Last of all, but most important, the claims of Jesus were not just empty words written in a book thousands of years ago to inspire people down through the ages. The claims of Jesus were made the night before his crucifixion. The next day, the religious leaders had Jesus tried for blasphemy for claiming to be God and He was nailed to a wooden cross. He died an excruciating death, but three days later, He rose up from the grave and appeared to His disciples.
The claims of Jesus were vindicated by his resurrection. Jesus is not a dead philosopher but a living Savior. He not only made these bold claims but is alive to demonstrate that everything he said is true. 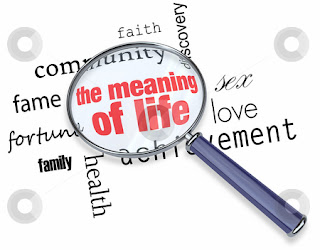 If you are on the journey for the quest of the meaning of life, I invite you to seriously consider the claims of Jesus. They have stood the test of time and have changed the lives of billions of people.