According to the Bureau of Labor Statistics, more than 90 million Americans are unemployed and most of them have stopped looking for work. The current unemployment rate nationally is 7.4%, still much too high to reflect any economic recovery or job growth.
Under the Obama Administration, the black unemployment rate has risen to over 12.4% with a staggering figure of more than 41% of black teens out of work! To add to that statistical misery, the "Obama healthcare fiasco" is stunting small business growth and will certainly raise private health insurance premiums creating a recipe for more unemployment disaster in the future!
Americans are suffering under the Obama economic train wreck and the 17 trillions dollar deficit is projected to go higher unless there is a changing of the guard soon in Washington.
I have a very dear friend in Iran who is also experiencing deep economic hardship. Her name is Atefe. She lives in Tehran and like all other Iranians, she is struggling financially to stay alive.
Iran's economy has been crippled by the ongoing economic sanctions that the world, including the Unites States, has imposed on it to put a halt to their nuclear program.
The sanctions have caused double digit inflation in Iran to a staggering 37% undermining the value of its currency, the Rial and the Tomman. The unemployment rate is sky high at 15.5% and the price of food has escalated by a staggering 58%!
Perhaps hardest hit is Iran's dependence of crude oil exports, facing a monthly loss of 1.5 billion dollars that are accumulating in restricted overseas accounts. Frozen assets, double-digit inflation and soaring prices have devastated Iranians creating increased drug use, suicide and hopelessness amongst its youth.
Recently I asked my friend Atefe if she would write a letter to President Obama and tell him in her own words, how she feels about the economic crisis in her country. Atefe has a wonderful way with words and I have published many blogs featuring her stories about life in Iran. She was the source of many experiences that I wrote about 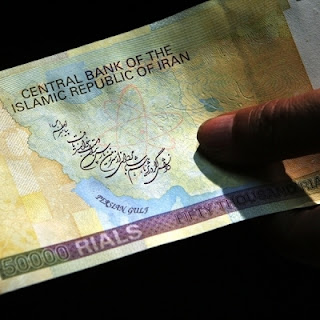 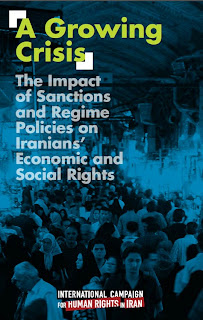 in my book, "The Rose of Nowruz" which is being read by many Iranians and human rights groups all over the world.
I want to share with you Atefe's letter to President Obama in her own words, so that you can enter her world and feel what she is feeling.

I have always dreamed about living in your land. A land which is called, "the land of opportunities."  I have always dreamed about how it feels to be free, to think free and live as you wish. But during these days I came to the conclusion that although the land you rule in may be "magic" for those who live in it, it is severely destructive for those living outside of it, being labeled as enemies of the U.S.
Imagine that day when you wake up and find yourself feeling "numb!" This is the way that we find ourselves every single day in our life! No one hears us, neither our leaders who claim they care for us or you Mr. President, who says that these sanctions and troubles are for our own safety. You probably can never understand how it feels to live in a country where everyday your mind must be preoccupied with what to wear so that they don't arrest you in the street and at the same time you have to endure all of these difficult problems. Can you imagine how hard it is to try and survive under the weight of these sanctions and the economic chaos?
However, even inspite of their problems and troubles, Iranians still count on you to be their friend and to care about their future.
Unfortunately, I don't believe that you really think about these things because you may hear the voice of your guilty conscience which will prevent you from living a happy life....

Can you feel the pain and anguish in Atefe's letter? She is one among millions of Iranians suffering in an economic crisis because of the policies of her government? She is not a terrorist, so why does he have to be treated like one?
In the same way, you and me are enduring an economic hardship because of the policies of our government and yet, we have the freedom to do something about it without fearing torture and imprisonment like Atefe faces if she dares to speak out!
I desperately want my country to the be the haven for the hopes and dreams of honest Iranians who are seeking a better life.
President Obama needs to read this simple yet profound letter from a suffering Iranian woman. There must be a better way to hold her government accountable without punishing Iranians who are already suffering enough under a dictatorship regime.
On this Labor day, let us remember those in other countries like Atefe who desire to enjoy the same freedoms that you and I take for granted everyday.